I love them and have a learned a lot from them.

Unfortunately, they have a video in their MCAT section on Dissociative Idnentity Disorder that gets a lot of the facts wrong concerning D.I.D.

Second, they say it's extremely rare. That it's based mainly in the U.S. They talk about malingering and mention the Hillside Strangeler.

It also talks about many theories that assert that DID is faked, mainly the iatrogenic and sociocogentive theories.

I'm so sad. I love khan academy and am sad that they've released this video.

I'm going to write an email asking them to correct their misinformation. I mean this is an educational website that's very popular and used worldwide....it needs to get its facts straight and at least pronounce the name correctly :S

So I'm going to write an email to Sal Khan the guy who started Khan academy. I'm hoping he'll make sure there's a new video.

I would love it if others joined in as well. His email is easy to find on the internet.
felicity

I am going to look that up.

I had a discussion on linkedin with a psychiatrist who wrote an article with much of the same misinformation and had it up for discussion - I think that it was on the APA page. He posted back to mine that 'disassociation' was the correct term. Like 15 people (professionals) agreed with him. How very disheartening was that? I almost believed them as some described that both terms were correct. After someone finally tried to set them straight, more came and posted similar things that you wrote - adding plenty of sources to suggest that DID is not a valid condition. The discourse continued for weeks with no one but me defending the DID condition.

This, I think, is so common in the professional world of mental health. And, no matter how many times you bring up the clear fact that it is in the DSMV, their 'opinions' seem to hold up.

And, survivors who have not researched and/or are ignorant of facts, don't help this problem at all. (I am not saying you). They are defending the 'symptoms' rather than the dx (and/or criteria based on research). This does not include "Oh, I have parts and you just don't understand, because you don't have them." There is clear criteria for the DID dx that are stated in research and the DSM.

I agree with you - there needs to be education on this topic. They should not just be writing based on 'opinion' - not okay in my sense of things.

I am not familiar with that site, but going right now to check it out. Makes you wonder what other topics do not include correct information - right?

i think i mispronounce it about half the time. I am not familiar with the site.
I would however want to defend that we are not all malingerers and psychog (what the rest of that term was)
we don't make it up. we have a hard time trying to live an otherwise normal life without being accused of lying and pretending.
Parts are just part of it. there are some dissassociatives (being funny here) who do not have parts.
My computer underlined that in red. Dissociatives. (it did that with this too.Need to add it to the Dictionary.) 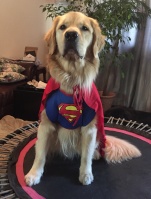 I've always known the two words to be alternatives to each other. Some people like to say both with disassociative referring to an outside separation such as disassociate from a company or brand or group, and disossiative referring to internal separation. Just my two cents. I think because of it is so rare in comparison to other mental disorders, it hasn't been studied a lot. I think it is important to help educate others on mistakes, but know it might be a frustrating battle. I think even Dr. Phil doesn't believe in DID.
Resting_Leaf 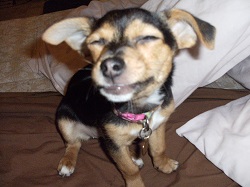 this really grates on us. we are having such difficulties with our psychiatrist and we are sure it is because of these damaging beliefs that some people hold.

We find it incredible that people can swear black is white even when the research and evidence outright proves that black is black and just because they have a few letters after their names other people will agree with them and believe them despite the overwhelming evidence to suggest the opposite!!

argh. it makes our life, and people like us' lives SO DIFFICULT.

hi i am krathyn i am dissassociative. Or i have dissociative identity disorder.
don't care about the spelling but do care about what people thinks it means.
It is not about lying or malingering.
we are all here, after all.

@Looking4Me - so good to see you - I always smile when I see your name and your doggy super- outfit.