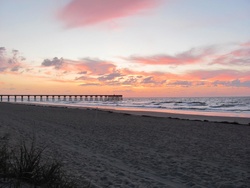 Mental health activism takes many forms and is aimed at various levels.  Some activism is aimed at influencing legislation; some more concerned with altering the design of the delivery system.  Each level contains various areas that are crucial components.  Multi-layered and poly-fragmented, the challenges associated with identifying necessary system changes to mental health are as complex as those pertaining to physical health.

In his June 23, 2017 blog titled, “You Say You Want A Revolution, Part 2”, published on the Foundation For Excellence in Mental Health Care website, Robert Nikkel, MSW (and Board of Directors member), lays out his thoughts pertaining to “key ingredients in making revolutionary changes in public mental health systems” that have become more challenging in recent years.  http://www.mentalhealthexcellence.org/say-want-revolution-part-2/?omhide=true


Nikkel has more than 40 years of experience at all levels of the mental health and chemical dependency fields, from case manager and addiction counselor to supervisory and management responsibilities, including serving as Oregon Commissioner for Mental Health and Addiction Services (2003-2008).

A conversation with a colleague from his time as Commissioner involving the need for “new perspectives on the treatment of people with mental health challenges” spawned Nikkel’s professional interest in assessing “how psychiatric medications were being used.”

Nikkel was intrigued by a specific line of inquiry: “…to make sure [whatever is being done] is in the best interests of the youth in our care.”  He made a tour of facilities, and conferred with another former colleague about the risks involved in “overusing medications.”
What he discovered pointed to cost as a guiding principle.  “If it costs a dollar to keep a young person out of trouble using medications and it costs a lot more to keep the young person under control with staffing, what do you think we’re going to do?”

This inquiry led him to understand that his previous intent to approach change from a standpoint of “mapping the use of psychiatric medications…so that we could see which psychiatrists were prescribing which drugs to which youth with which diagnoses” needed to be tempered by first addressing a paradigm hurdle.

Before pursuing how such data could be shown to either support the current practices as being in line with unbiased research showing what was most effective in both short-term and long-term outcomes, Nikkel realized he needed to dig deeper and discover what attitudes prevented professionals and administrators from accepting current scientific findings that “medications do more harm than good in the long run.”

Nikkel believes that “remapping” the community mental health delivery system should begin by developing a “register” that would reveal prescribing patterns using these seven data points:
1. Which prescribers are prescribing
2. Which drugs to
3. Which clients with
4. Which diagnoses
5. Of what age and
6. Income level and
7. Of what ethnicity

He underscores the breadth of community programs as being inclusive of “outpatient care all the way to intensive services such as crisis intervention, residential facilities, acute inpatient services and extended care programs like state hospitals and alternatives to long-term hospitalization.”

With data from such a review affording a “complete assessment of the expenditures on psychiatric drugs”, Nikkel proposes reporting the findings to state legislatures (or other governing entities) AND making it available to advocates.

Establishing a clear understanding of the costs and the ineffectiveness of the current medication-based approach, the next logical step is to develop alternatives for handling mental health problems.

Having identified a disconnect between what unbiased research findings reveal and attitudes that get in the way of their acceptance, Nikkel also points up the need for developing on-line continuing education courses that afford an avenue for insuring unvarnished content while charting the progress of all “prescribers and managers on the true effects of major classes of drugs”.

Rounding out this vision for going forward from the point of having reliable prescription data, Nikkel reminds that there is room for improving informed consent standards, a relevance to communities creating drug withdrawal programs, and a need for oversight in the form of state/community commissions charged with the responsibility of reviewing mapped data and whatever issues arise as a result.

I’ll close this review with an excerpt from the Foundation for Excellence in Mental Health Care mission statement:  From the streets of Philadelphia
to the mountains of New Zealand, we connect philanthropists to mental health initiatives that are changing lives.

A most instructive treatment of one of the most debated topics of our time; I hope you have a chance to read the blog/article (10 minute read) and offer your thoughts!
krathyn

keeping track of who is prescribing what to who is a very good piece of the mental health outlook.
all too often drugs are prescribed kind of willy nilly to younger and more likely minority teens and little tracking is done.
often it is not clear the relationship between the diagnoses and the meds used.
sometimes "short term" drugs are prescribed for longer terms and that can have devastating results.

I agree with your thoughts Krathyn; greater oversight would seem a good place to start, yes?

What are your thoughts about how such data could be useful to activists seeking to bring about change?

I've observed that because mental health in general (as a topic) and delivery systems, specifically, don't include enough insight from those with Lived Experience.  Whenever I've participated in any such activism it seems to lack a context from which to conduct dialogue.  I for one, need context in order to understand effects - both intended and unintentional.  This is particularly true for me when it involves legislation.  What do you think?