Ever wonder how alters are formed? Read this. 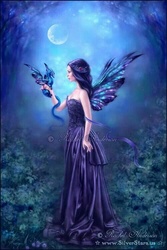 Ever wonder how alters are formed? Read this.

I wrote this article and posted it on social media and my blog. I'm going to post this here and in the forum about dissociative disorders.

Ego State Formation
Shirley J. Davis
Author's Note. I am not a professional, however I do have an inquisitive and intelligent mind. I looked all this information up on the internet in order to further my understanding of Dissociative Identity Disorder, which I live with on a daily basis. I've been curious for many years how the process of a child splintering his or her personality can be accomplished, and I believe I now understand. I've written all the information I have acquired in a simple format easily understood by laymen and clinicians alike. Please read it knowing that I am not a professional researcher, just a person trying very hard to not be a mystery herself.

All humans have ego states. We begin forming them before we are born and continue doing so until we die. As infants, we learn through our five senses about our world and file these newly formed impressions as ego states using the hippocampus, a part of the primitive brain or limbic system, to file them in context.

As I have stated, throughout life, humans continue to form ego states. One may be how you behave at work, while another is how you behave with your best friends. These behaviors have similar references as to some behavior, but in others they are radically different.

As humans mature, they have ego states who are protective, angry, sexual, and a myriad of other states experienced by all people. Under healthy circumstances, these ego states communicate with one another forming a running narrative of the life of a person. There are no barriers, and the memories stored in each ego state are easily accessible to the others. We refer to this state of human personality as associated.

When there is severe, repeated trauma, however, the hippocampus becomes overwhelmed and flooded with stress hormones. This region of the brain is very susceptible to damage from these substances, and if they are constantly being secreted without being allowed to go back to base levels, the hippocampus suffers severe damage. Now the infant is no longer able to file new experiences in context.

An example might be, my nephew hearing the timer on the microwave go off while experiencing a violent trauma. In his brain, the sound of the timer becomes associated with the trauma. The trauma is so emotionally and physically painful that consciously he doesn’t remember it. Afterwards, his amygdala and hippocampal regions of his brain perceive danger and ready his body for fight, flight, and fleeing when he hears the timer, even though there is no danger.

The damage done to the hippocampus and other regions of a severely traumatized child’s brain, is permanent. The ego states that have been formed to make sense of the world cannot communicate because of amnesiac barriers erected to protect the child from the overwhelming fear they experience during extreme trauma. Because of this lack of communication, the life of the child into adulthood cannot be a running narrative. The ego states I mentioned above, protector, angry, sexual, etc. are compartmentalized and when triggered unconsciously act on their own.