Me, Me, Me and My Therapist

Me, Me, Me and My Therapist

Very well written and I can connect some with wanting to "know" my T will return from a vacation etc. She usually offers info about being out of town, or a vacation trip and will tell me a little "nugget" of specifics.
Inside I want to know more, but outside I know about boundaries. so I work with that.

My T gave me a picture of her from a brochure- my "magical" strings I think.

Thanks for sharing the article! 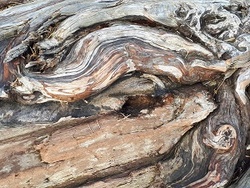 Felicity,'s
Thank you for 'standing' again for people like us who say show me 'your' evidence (re: your comments and toward a so called expert).

Points of view are good but the shock of reading that so-called-doctors point of view is just so much more of the same.

Thank you Felicity. We care for those who have suffered CSA and are being called liars.
Kaia

Thank you Felicity for being so brave and standing up for all of us.

My question is about the session with the therapist - Is everyone close to their T like the lady in the article? I was just wondering because I have no idea. I would appreciate feedback.

I think it is different types of closeness each have with their T. But I do think over time a connection is made on some level, as that is where trust happens and work begins.

I have had the same T for a long time. But time doesn't really matter, it is when a connection is made.

Thanks Violet I really appreciate your help.
felicity

I haven't had the time to follow the trolls around this year and comment - truth rather than the bs that they attack us with. They don't have a clue what they are talking about - just like to spout out garbage and put Dr. next to their name. Have dealt with them for years. Some people actually believe what they say - and, they hope that survivors will be influenced by what they write - always anonymous - of course. Sometimes, they get downright nasty and start threatening me

Anyhow, the article is 'right on'. 'Object permanence' is one of the landmarks that children master early. If it is not mastered, because of abuse/neglect - at that age - it is carried into adulthood as one of the 'effects of trauma', which t and even survivors might not even realize.

"Object permanence typically starts to develop between 4-7 months of age and involves a baby's understanding that when things disappear, they aren't gone forever. Before the baby understands this concept, things that leave his view are gone, completely gone."

There is much evidence now that missing developmental milestones that were needed during our life actually 'changes' the brain and how we think/react to our environment.

Most know that I am big fan of education - and, I believe that all t dealing with trauma NEED to know developmental psych inside out. But, most don't have a clue - and, don't want to study or learn. So, we learn it - and, can identify why we react so differently than those who were raised in good families.

We have NO 'object permanence' and have always been aware of the problem. We leave people, and they are 'gone' in our mind. Just gone. T's will tell you that you 'switched' - no, not true for many of us. We lose something and believe that it is just gone - no use looking for it. We don't grieve much, because the people are gone.

Our t continually tries to re-introduce herself - as if there are new parts there who don't remember her. We also don't have a sense of time - she is new to us each time we go.

New evidence is showing that the neurons can be 'changed' if we practice, as a child, being re-trained so to say. Children learn by play 'peek-a-boo' and by having parents leave and return. They cry and there is parent again. They can rely that that parent is still in the world - returning when they cry, make noise, etc. And, they practice these tactics throughout life - learning and learning that everything in the world stays in the world. We can always 'find' anything. Nothing 'goes away'.

So, you can't just have some 'nice' new parent come along and try to fix us without realizing that we behave based on our developmental stages. You can say - 'they have attachment issues' or they have 'RAD' and understand anything about trauma survivors.

People, like me, who have no sense of object permanence have developmental issues. Like my t will often tell me what she does while I am gone so that I realize that she still exists in the world while I am away. I am shocked to know that she even has a life that I don't see. Some folks will totally flip out if anyone tries to leave them, because they think that they will NEVER return - they are 'gone' - not realizing that they will still be in the world. So, they may do the opposite and grieve the 'loss' of someone who isn't even gone.

I hope that helped some.

Sorry - wow - I didn't realize that was soooooo long.

It's not you and it is not too long. I really appreciate your reply. It's me and I can't wait to be able to answer you. I'm in a very bad place right now. thank you
felicity

We are here for you - I am sorry that you are in a bad place. It can all be so difficult sometimes - *here, listening, and caring*

Maybe, write in the private area would be better.

Thank you so much Felicity. It mean more than I have words to express. I thing I wrote in the serious conversation place or I tried to.
manysunshine 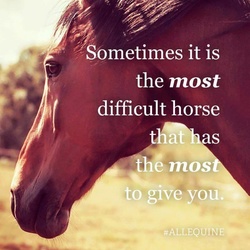 Sounds like us with our first T we had for 11 years. We were overly attached and dependent on her. It felt good at the time, but now with our new T, we feel better because we are not so attached and trying really hard to keep it that way, while learning to trust him at the same time. We know a lot about him already, without him even really saying much about his life outside the office, cuz we have a really strong ability to pay attention to detail even when we don't think we are. So, some things he says without even realizing it, reveals more about him. It's kinda cool, and we feel more secure because we know more about him than he thinks so we feel safe that way.
Sponsored content